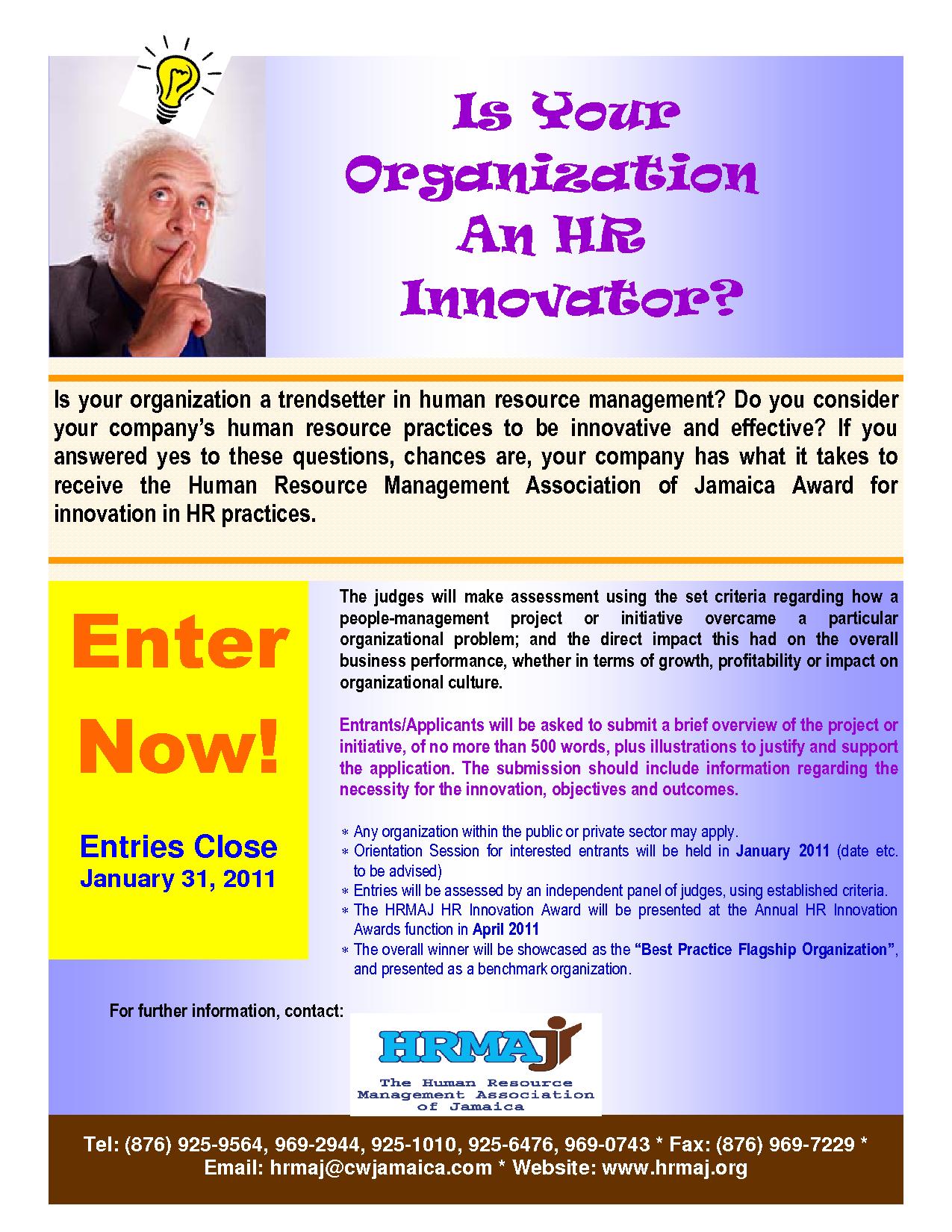 Five years ago the Human Resource Management Association of Jamaica (HRMAJ) launched its HR Innovation Award competition. The aim of the competition is to encourage organisations to improve their strategies and programmes for successfully managing the human resource and thereby achieve outstanding levels of productivity.

This competition, which attracts organizations within the public and private sectors, has proven to be outstanding in the level of innovations that were presented for judging. The winners thus far have been the Bank of Nova Scotia Jamaica Limited (2005), the HEART Trust/NTA (2006), Red Stripe (2007), RBTT Bank Jamaica Limited (2008) and National Commercial Bank (2009).

We invite your organization to participate in this year’s competition (2010 HR Innovation Award), by submitting your entry (relevant documents attached) no later than January 31, 2011. The awardees will be announced at the Annual HR Innovation Awards function in April 2011.

Here’s to a great competition!